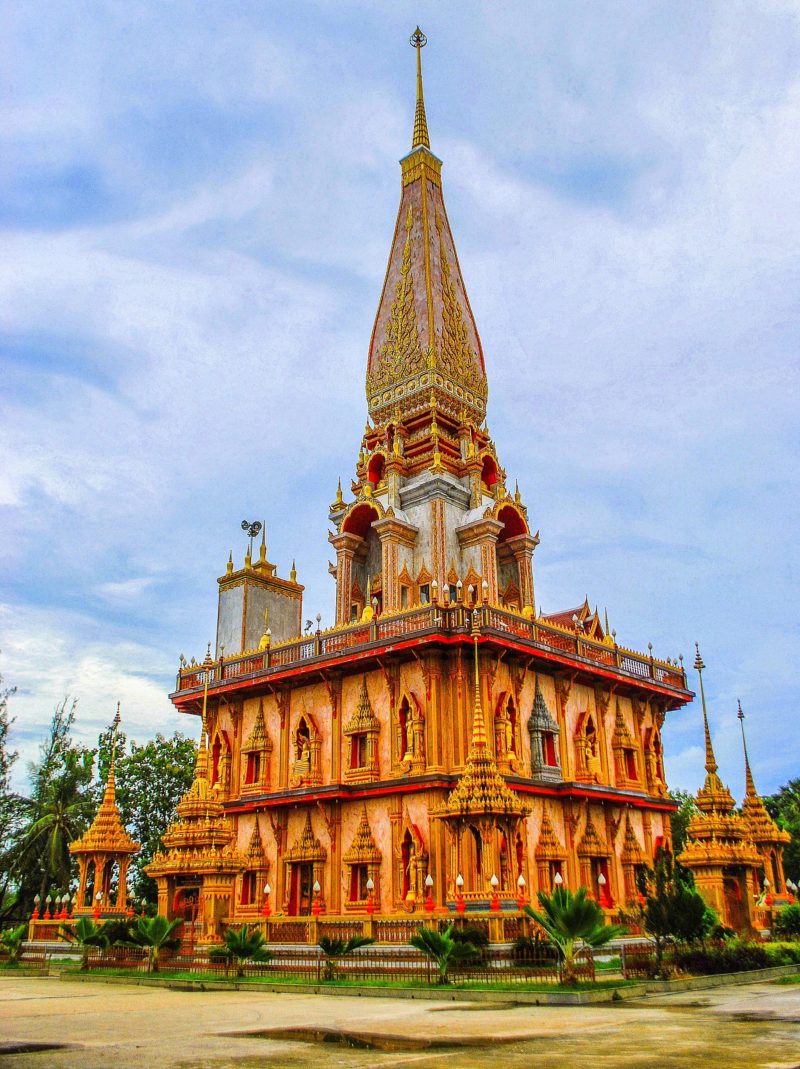 In ancient Hinduism, a man’s life is divided into 4 stages –

1. Brahmacharya – student stage when a man is single

While I am happily living my Grihasta phase today, there were 3 days in life, when I felt I was going through the 4th phase – Sannyasa or the wandering ascetic stage. The irony is I felt that in the land, which inspite of its rich history and culture, has made a name for the availability of numerous sinful pleasures.

Thailand, land of thousand white elephants or in the recent times called as the land of thousand smiles is in the Indo-China peninsula and one of the major tourist destinations across the globe for various reasons.

1. It is affordable for tourists and travelers from different countries. It finds a place in every backpacker’s travel list with its famous Khao Son road in Bangkok

2. It is famous for its legendary hospitality and the friendly people

3. The world famous and popular but at the sametime affordable Thai massage provides a perfect spot for the weary tourist

4. The variety of places offered – mountainous north with the famous historical/ cultural city – Chiang Mai to the modern but with its own history – Bangkok, to the beach cities like Pattaya, the island – Phuket. It has something for different travelers/tourists.

5. Bangkok is one of the major cities ideal for shopping in the world

6. Last but not the least, Thailand with its lack of taboo for sex has a notorious popularity with single male travelers looking for small pleasures.

I happened to visit Thailand two times, once as part of my backpack trip in 2009 to Indochina and the second time in 2011 for a family get together.

It was the time when I visited Bangkok in 2009 along with my friend from college days, I felt like the wandering ascetic, closer to the nirvana than ever and this is the time I remember vividly even after 6 years of my trip. Ofcourse it had nothing to do with the lifestyle but it was basically a state of mind for me.

The backpack trip of Indochina of almost a month was coming to an end after visiting Vietnam and Cambodia. I crossed into the Thai border to reach Aranyaprathet, where I took a third class train from the border of Cambodia/Thailand  to Hualampong station, Bangkok, an 8 hour enjoyable train ride with the fare costing me only a few dollars. All the excitement in seeing the architectural marvels and cultures  of Vietnam and Cambodia within a short time of less than a month had taken a toll on me.  Not to mention the depressing time spent in Phnom Penh, brought in by the Tuol Sleng Prison and the Killing fields, when I reached the border of Thailand/Cambodia. I started to become disinterested in things, that I put away the Thai language phrases list making up my mind not to communicate much with people. Ofcourse I still ended up having couple of interesting conversations with a teacher and a young woman in the train.

I stayed at Sukhumvit Soi 7(7th street off Sukhumwit road), Bangkok for 3 days in a small lodge paying 200 baht per day(roughly about 7 USD). I decided to skip the tourist places of Bangkok as I just relaxed. But that was the best decision I had made as I spent the days waking up late, sipping coffee sitting by the road side coffee stalls of Sukhumwit road, watching people running around like busy bees, the traffic backing up on the Sukhumwit road but feeling like a serene monk who got his inner peace. Later I would take the metros of the Bangkok with no specific destination, observing people disinterestedly with nothing on my mind. And in between my people watching, I would make avail of the inexpensive massages from the centers ubiquitously available all around, sometimes getting upto 3 massages in a day (probably a luxury straying from my monk-like lifestyle :)) . When I was hungry, I would eat at the roadside eateries, though looking back, those were really tasty and inexpensive as well. In the evening, either my friend and I would sit outside in bars sipping beers to offset the hot weather or walk around notorious Patpong I and II streets, the area famous for the nightclubs of Bangkok starring at the bars and looking around. We had in fact walked around these 2 streets many times, checking the night markets which line up the these streets, where one can get  mock fashion items for a pittance, that the shopkeepers started to recognize us. One other reason was that we used to buy the ripened tamarinds from the street hawkers, sharing them with the shopkeepers around, sitting and eating, watching the tourists and others walking around. This endeared us to the shopkeepers who stopped hassling us to buy stuff. I payed a visit to one or two night clubs, and though the women were gorgeous, I kept watching them with in disinterest. I did shop for hand made silver jewelery for my wife and took the boat ride over Chao Phraya river but the calmness was something new for me considering that I am a restless gemini all my life.

Looking back, those were the 3 days of the calmest period of my life with a serene outlook, oblivious of all the worries in life, and truth be told not an iota of concern for the family or wife.

One thought on “Thailand – The Time I felt like a Sage”