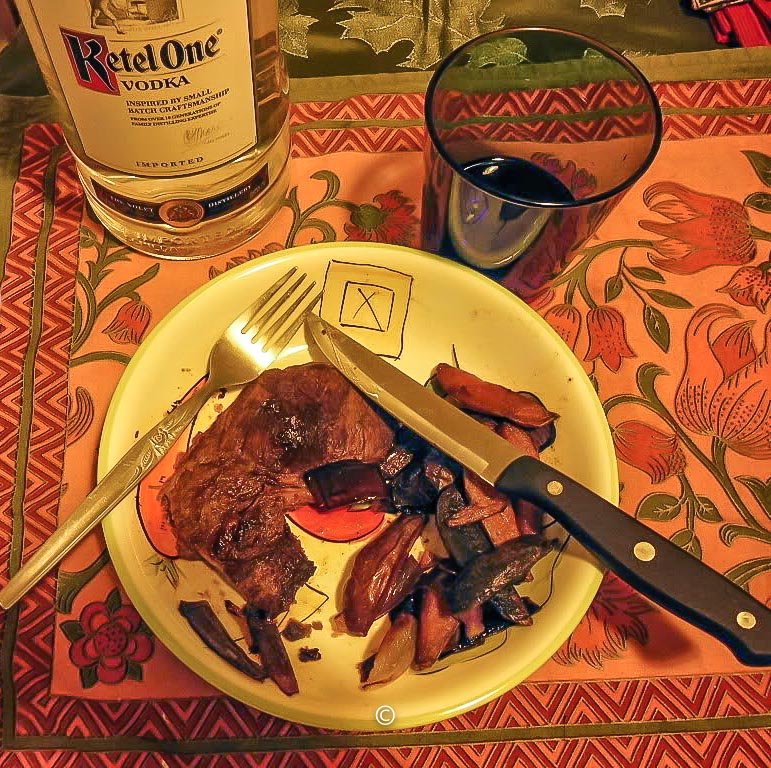 With the holiday season kicking in, folks tend to eat and drink a lot to go with the holiday spirit. I would not advise not to drink to stay healthy as I do believe drinking is part and parcel of the joy of holiday season. But here is my suggestion to stay little bit healthy – drink Vodka. Vodka is my weekend drink and it got rubbed off on my friends and that is the drink for our men’s night out though we might sneak in couple of shots of Tequila as well. The reason is it does not give me a hangover and same is the case with my friends. I never looked into the details until I happened to whip up a conversation with a bartender, who mentioned Vodka is healthier and also provided a brief Vodka tasting session with couple of popular Vodkas – Ketel one and Grey Goose.

So what is so healthy about Vodka?

Another reason is Vodka(along with Gin) are made from grains(or potatoes) and not from fruits. Fruits contain Acetaldehyde, a possible carcinogen (cancer causing agent). So hard liquors and wine had most amount of Acetaldehyde. To give a comparison, hard liquors from fruits can have more than 20,000 micromolars of acetaldehyde while Vodka has less than 400 micromolars.

And one personal reason for me is Vodka is inexpensive. A very decent Vodka like Ketel one which is my preferred Vodka goes for around $25 for a 750 ml bottle which is much cheaper than Chivas Regal whisky. Going back to my brief Vodka tasting session I had in Max Fish, Glastonbury, Connecticut – the bartender offered cold and warm shots of Grey Goose and Ketel One. While the cold shots of Grey Goose and Ketel One tasted similar, Ketel One tasted much better than the warm sip of Grey Goose. Since then, Ketel One has been my favorite Vodka and weekend drink, which had rubbed off on my friends since.

Enjoy your holidays and “Proost”! (remember Ketel one is from Netherlands)

Peaty Scotch – Is it Overrated?

One thought on “Why Drink Vodka?”