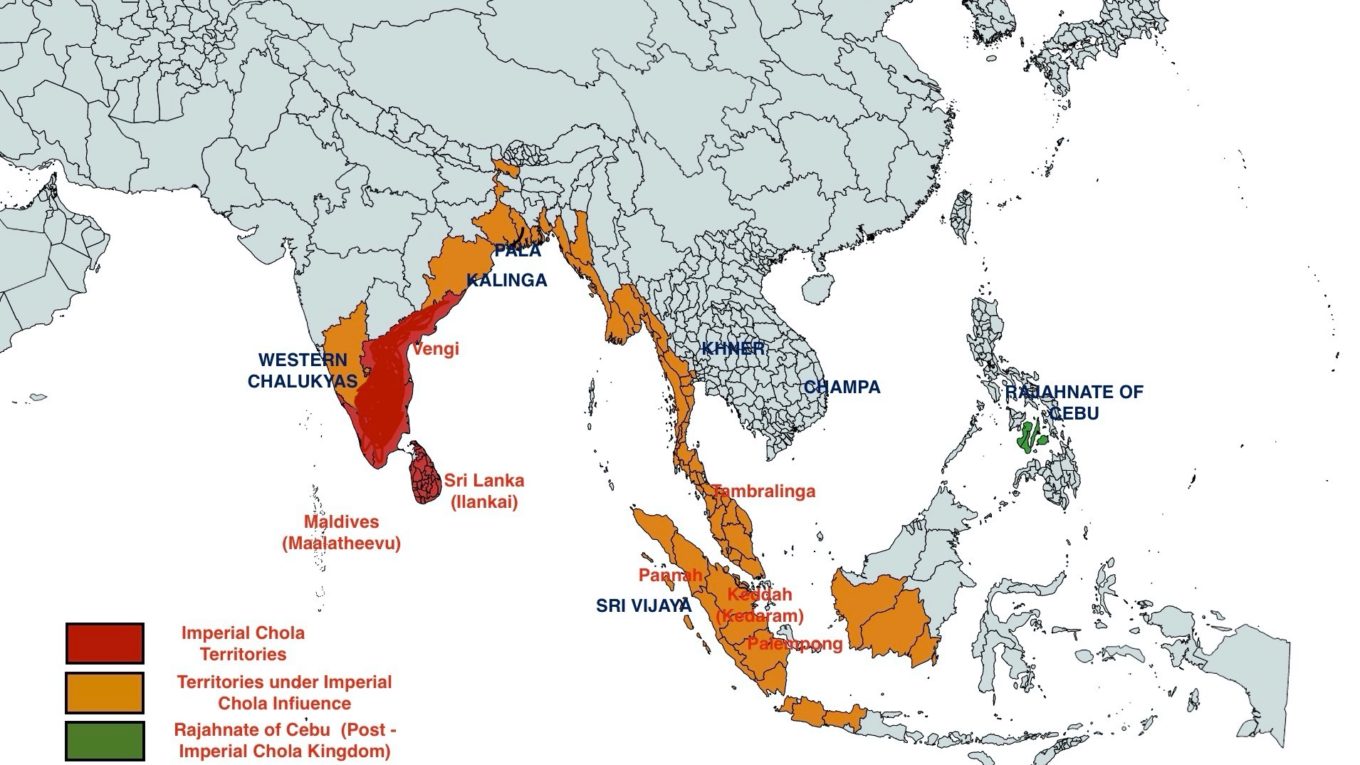 As someone who is fond of history, the Indian legacy of the Philippines  came as a surprise when I started researching about the Philippines planning for a trip in Dec of 2019.

Almost all of the South East countries retain their Indic legacy in some form or another. Many might think that the country which is farthest away from India in terms of its Indic connection  is the Philippines due to its predominantly Catholic  population today. But they would not know of an Indic legacy, that too of the glorious Chola dynasty of South India connecting Philippines to India.

Chola dynasty after 1800+ years of rule in the Southern part of India, moved into the sunset around 1279 with the descendents becoming local chieftains ruling small regions in obscurity. The history of the Philippines shows that the Chola dynasty extended itself till 1565 through the Rajahnate of Cebu which was founded by a half Tamil/half Malay Chola prince, Sri Lumay,  from Sumatra.

History of Rajahnate of Cebu

The Rajahnate itself folded in 1565 when the last King, Sri Tupas or Felipe Tupas, cousin of Rajah Humabon was defeated by another Spanish navigator, Miguel López de Legazpi’s soldiers in April 27, 1565 & subsequently signed the Treaty of Cebu, heralding the end of the Great Cholas, one of the longest ruling dynasties in the world. Coincidentally, 1565 heralded the end of another major Indian empire, Vijayanagara after they lost the Battle of Talikota.

Rajah Sri Lumay’s descendent, Rajah Humabon, ruled the Rajahnate of Cebu with the capital as Singhapala.  He was converted to Catholicism by explorer Ferdinand Magellan in 1521 incidentally on April 14th, the Tamil New year day. He was the first native of the Philippines to convert to Catholicism. He was called Don Carlos post Baptism and his wife, Hara Humamay was renamed Juana.  Magellan was killed in the Battle of Mactan fighting on behalf of Rajah Humabon who had become Don Carlos after baptism.

Today Rajah Humabon has a monument in the City of Cebu called Rajah Humabon monument as per his native name. The place is tranquil & was used as a place for evening get togethers by families. But none seemed to know him or his legacy when I spoke to a few there. When I tried to get a memento with his name, I could not find anything even in the malls in Cebu. His rival, Lapu Lapu who killed Ferdinand Magellan in the Battle of Mactan is much revered locally for fighting the invaders and has the island, Lapu Lapu named after him.

The queen, Hara Humamay or Juana is remembered during the Sinulog Festival celebrating the baby Jesus or Santo Nino with locals holding infant Jesus statues symbolizing the queen holding the Santo Nino statue after her baptism. The festival itself is celebrated in January with fervor with a carnival atmosphere prevailing in the city during that month.

How to get to Cebu?

Cebu is the 5th largest city of the Philippines. So is well connected with international flights plying. You have to fly to Mactan International Airport in Mactan Island and take a cab to Cebu city.

Just like any major city, there are lots of hotel options available.  I stayed at Hotel Summit circle near Mango Avenue. The hotel was clean & well kept.