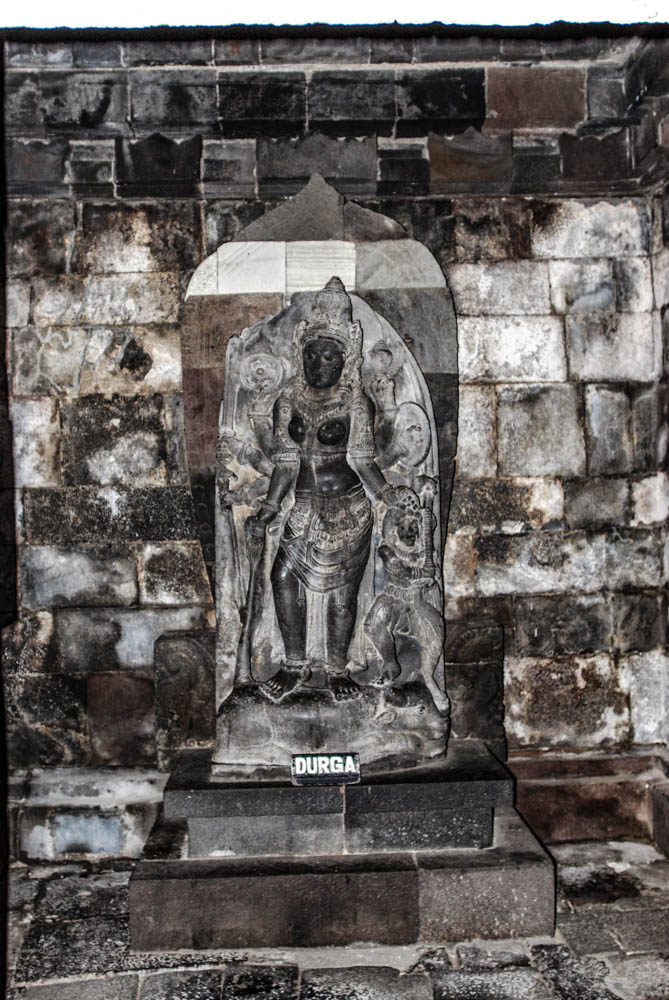 This is a folklore about a Javanese princess and her love and betrayal. The princess’s name is Roro Jonggrang.

There existed two nations, Pengging and Boko in Central Java long back in the 8th CE. Pengging was ruled by a king, Prabhu Damar Maya who had a son, Prince Bandung Bondowoso.  Boko was ruled by Prabu Boko. Prabhu Boko had a beautiful princess Roro Jonggrang. In a war between Boko and Pengging, Prabu Boko was killed in a battle by the prince, Bandung Bondowoso. Prince Bondowoso along with his army captures the Ratu Boko palace which was the palace of Prabhu Boko and princess, Roro Jonggrang . On seeing Princess Roro Jonggrang, he falls in love with her and wishes to marry her. The mourning princess, Roro Jonggrang, not wishing to marry him for the prince being her father’s killer but at the same time does not want to reject him for him being the victor, places an impossible condition to be fulfilled by the prince – build a 1000 temples in a night. But Prince Bondowoso, has the magical powers to invoke demon spirits (kind of like Genies) to build the 1000 temples. But the demon spirits can only work in the night as the sunlight can burn these spirits during daytime. They proceed to build the temples and have completed 999 temples when the princess hears this news. She tricks the rooster in the Palace by having the maids light candles on the eastern side. The rooster, thinking that the sun was rising, starts to crow and the spirits rush back to below the earth. Prince Bondowoso tries to build the 1000th temple but fails.

In his anger at being tricked, he curses the Princess, who becomes a statue in the Prambanan temple complex, that of the statue of Durga within the Siva temple thus symbolically becoming the 1000th temple.

The 999 temples built by Prince Bandung Bondowoso was Candi Sewu which is located 800 meters from Prambanan temple complex . Though Candi Sewu complex  consists of only 249 temples, Sewu translates to 1000 in Javanese, effectively Candi Sewu means “a 1000 temples”

Candi Prambanan is also called Candi Roro Jonggrang based on the above folklore in these parts of the island. The architectural sites existing today in Central Java, Ratu Boko, Candi Sewu temple complex and the statue of Durga Mahishasuramardini within Prambanan temple complex all have their mythical connections to this story.

This folklore is shared among the people of Central Java and a staff of the hotel near Prambanan where I stayed when I visited Prambanan in 2015. The hotel was Poeri Devata resort, which provided me with a view of the Prambanan temple complex and had friendly staff.   Prambanan is situated 20 minutes from the Yogyakarta international airport in Central Java.